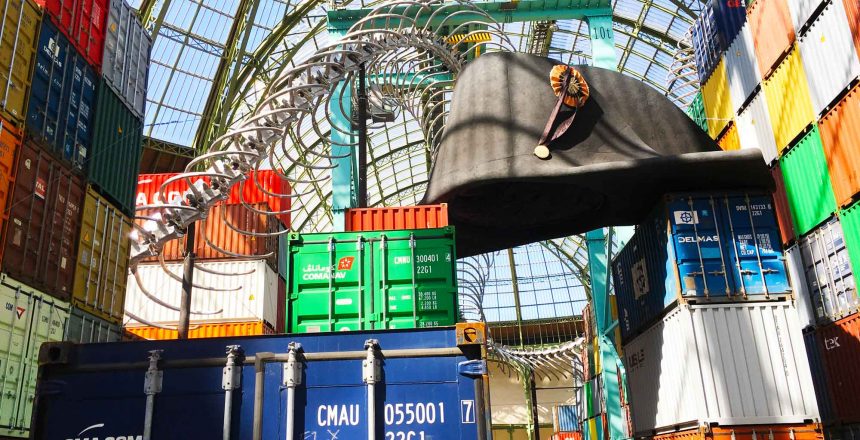 – In a recent reading, I became aware that heroes were not saints. The most celebrated heroes: Achilles, Napoléon, and the like, were in reality bloody and barbaric murderers, of whom we only retain and laud one facet of their history. The Saint however, he is praised as pure and exemplary, generally dying as a martyr, by the sword of a (possible) hero.

Heroes are the winners, those who spilled the blood and won the fights. Saints are the guarantors of good morals.

– So what? replied my brother.

– Nothing, its just something that hadn’t been obvious to me until now.

Not long ago, I was interviewed at the Gare de Nantes by a local journalist. The journalist asked me how to best describe my contribution to the concrete tree sculpture; as an artist or an artisan? Normally, this type of question would have left me speechless, had I not thankfully prepared a very polite, very vague answer:

“You should delete your post, I don’t want this work to be attributed to only you, Julien Beaucourt.”

It’s the type of phrase that puts you in your place, like a nice punch to the face that you weren’t expecting, and that shakes you to the point that you start counting the trophies on your shelf.

I saw others. As my boxing teacher used to tell me: “get back in there, raise your fists, chin down and grit your teeth.”

I first observed my subject. I placed lines so everything would hold, shaped it- from its assembly to every last detail. I played with the depth by shading, making shadows, and adding definition. I incorporated flat areas to relax the surface and cut the monotony of sight – making the viewer turn around. I don’t understand. I am a sculptor. Everything is being done as it has always been done, no?!

– Yes, but the one we admire is the one in the museum, the one who carves statues out of marble and stone

– okay, not concrete then?

– its not the material that matters

– I can make statues then

– not necessarily, Actually the idea needs to come from you

– okay, but the result, it depends on me

Receive the News ‘Beaucourt, the news of the moment, the annual catalog or the mag’ …